In the 21st century, the largest coal-fired power plant in Western Europe, Drax6*660MW, faced a serious problem. The society’s demand for electricity is very high, and it is still growing, but people are gradually demanding these energy sources to be cleaner, more sustainable, and less harmful to the environment than coal, which was the only fuel for Drax power plants at that time.

In order to meet the country and society's demand for electricity in a cleaner and more sustainable way, the Drax Power Plant needs to find a way to replace coal as a fuel for power generation. Although Drax has a long history in the field of environmental protection-as early as 1988, it was the first coal-fired power plant to install flue gas desulfurization technology, which can remove 90% of sulfur dioxide and SO2 emissions from boiler flue gas. However, the topic of sustainable development has gone beyond how to make coal cleaner. Instead, it is looking for a truly feasible fuel that can partially replace coal with clean fuel or even completely replace coal.

In the early days of searching for new fuels, the idea of ​​changing the fuel of a large coal-fired power plant from coal to another fuel was strange, even whimsical, to say the least. Drax Strategic Development Project Manager Jason Shipstone said: “At the time, this project caused a lot of people’s brains to be mentally damaged. Because no one knew the answer. It’s a bit like people are walking but don’t know where they are going. Cross the river by feeling the stones." "In 2003, we discovered wheat straw pellets, wood pellets, sunflower husks and other biomass fuels that were not popular at the time. We mixed these biomass fuels with coal, and the proportion of biomass fuels was extremely low." Explained Jim Price, the new fuel substitution manager for. Price and his team found that using different types of biomass feedstocks with coal does not adversely affect the boiler at low ratios. Although there is still a long way to go before becoming a new business model, it is a good start.

In 2004, they used a subsidized energy crop willow to conduct research, but the results proved that, due to the influence of the coal milling system, once the proportion of biomass fuel increased slightly, it would be difficult for these biomass fuels to be converted into renewable energy. The energy used to efficiently provide energy to the boiler. 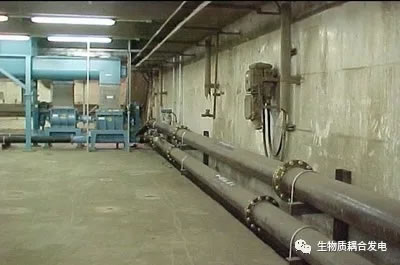 In 2005, the Drax Power Plant built a 5% biomass-coupled power generation system on Unit 3 and found a way to mix biomass powder with coal powder. It used a special mill to separate the biomass fuel. The power plant has achieved the first critical milestone for the milling process. Biomass fuel can provide steam boilers with energy for power generation. Price said: "It was a surprise moment." The entire Drax Group responded quickly to the success of the 5% biomass-coupled power generation demonstration project of Unit 3, although the senior management actively supported the project from the very beginning, but after the successful demonstration of biomass-coupled power generation, the entire company obviously happened. Variety. Price said: "From the initial aimless walk, people began to think that it might be possible to achieve 100% biomass fuel substitution for coal." After more practice and experimentation, Drax finally chose biomass pellets as a 100% alternative to coal. After years of expansion, four huge storage silos were finally built to preserve this form of biomass fuel, each of which can store 75,000 to 80,000 tons of biomass pellet fuel.

is followed by a large-scale biomass fuel supply chain problem. Since a large part of the biomass raw materials are purchased from North America and shipped to the UK, they are then transported to the factory by special trains. Except for the fuel from coal to biomass, everything else has to proceed as usual, and it must be seamless, just as reliable as the usual working methods of the Drax power plant. In 2009, Drax completed the 10% biomass coupling transformation of all six 660MW units. The 400MW installed capacity of the transformed power plant was biomass power generation. At that time, it was the world’s largest biomass coupling power generation project. It consumes about 1.5 million tons of biomass fuel. The success of this project proves that the coupled combustion of biomass fuel and coal is both technically and operationally feasible. This can indicate that there is room for development in large-scale operation of biomass-coupled power generation, although it has not yet been fully realized to replace all coal with biomass fuel. , But Drax’s senior management firmly believes that the future is feasible. In 2011, Drax began to experiment with 100% biomass fuel combustion for power generation. Compared with hundreds of years of coal knowledge and coal power generation, using a new fuel to replace coal 100% for combustion power generation is a new situation. During the transformation of the unit, the steam turbine and generator itself remain unchanged; the heating surface and overall structure of the boiler also remain unchanged; at the same time, because the biomass combustion temperature is low, the flue gas does not need to pass through the denitration system necessary for coal combustion; The sulfur content in the material fuel is also extremely low, and the desulfurization system is also discontinued; the difference lies in the pellet transportation, storage, pulverization, biomass powder transportation, furnace combustion, ash treatment, etc.; at the same time due to Biomass is a volatile substance that is more volatile than coal, so care must be taken when using biomass fuels on a large scale. In 2013, Drax converted a 660MW unit to 100% biomass fuel for the first time. Then in 2014, 2016 and 2018, another unit realized the fuel substitution from coal to 100% biomass. This also puts Drax in a position that excites the entire industry: it has become the world's largest biomass power plant and one of the most experienced large-scale coal-fired power plant biomass-coupled combustion power generation operators. After nearly 15 years of hard work, Drax has become the largest decarbonization project in Europe-4 of the 6 660MW units have been converted into 100% biomass fuel generators, reducing carbon emissions by more than 80% the amount. In 2018, although only 4 units of Drax used biomass fuel to generate electricity, the remaining 2 coal-fired units have been downgraded to only meet peak power demand and improve the stability of the grid system. 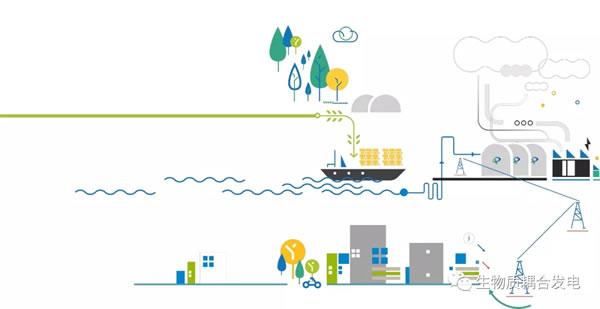 In view of the challenges facing the world in future energy production and the advent of the post-coal power era, if we are to achieve carbon emission reduction targets, we must take decisive action. In the United Kingdom, the government has expressed its ambition to phase out coal by 2025. Drax's goal is to speed up, and has achieved the cessation of coal-fired power generation by the other two coal-fired units in March 2020, which is earlier than the British government's commitment Cancel coal power generation in 2025.

"The speed of delivery of the Unit 4 project is a testament to our engineering expertise, skills and creativity," said Drax Power CEO Andy Koss (Andy Koss): "We are flexible and innovative enough to meet the challenges of the future. In 10 or 20 years, our outlook may be very different, but this innovative and pioneering spirit will continue."

The end of this section, the next section introduces the carbon emissions during the process of fuel collection, transportation, and processing before the biomass fuel of the Drax power plant enters the power plant.