On August 13, the province’s "triple and one reform" tackling action promotion meeting for bulk coal pollution control was held. The meeting analyzed the current situation of air pollution prevention and control in our province, further clarified the objectives, tasks and safeguard measures for the tackling action, and accelerated the promotion of the province’s environmental air Quality continues to improve. Vice Governor Xu Jianguo attended the meeting and delivered a speech. Xu Jianguo pointed out that the province has officially sounded the clarion call for the "three-fold and one reform" tackling action for scattered coal pollution control. Four major measures must be adhered to to tackle scattered coal pollution and resolutely fight the blue sky. 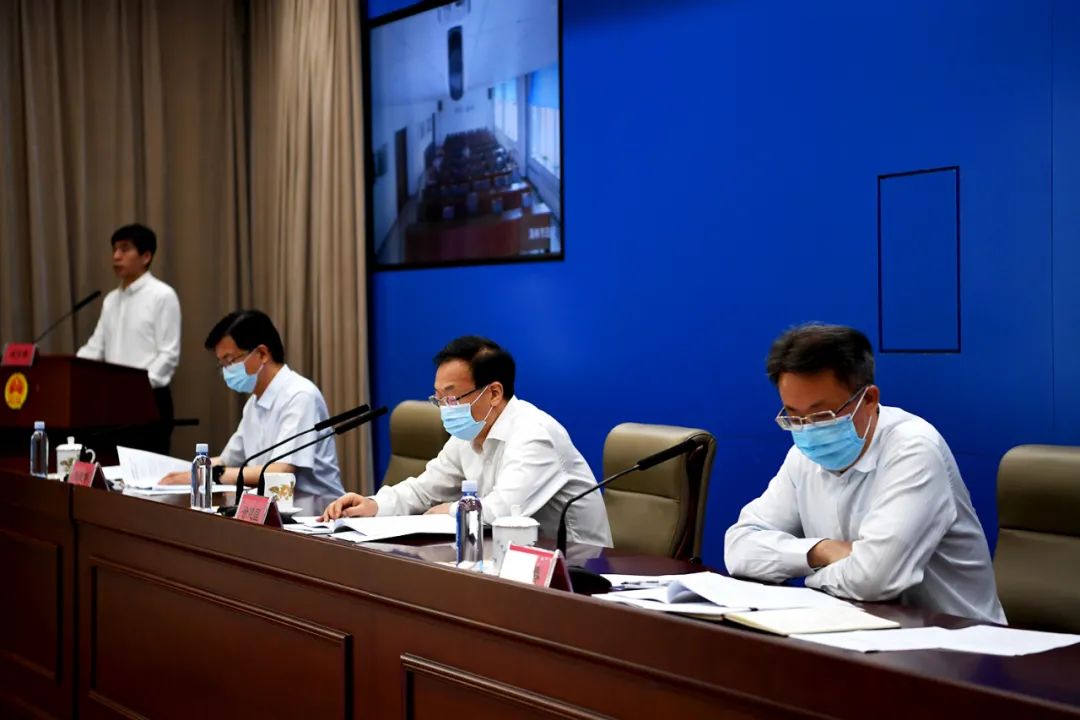 Li Mingchun, Deputy Secretary-General of the Provincial Government, presided over the meeting. Yang Zhiwei, Director of the Provincial Department of Ecology and Environment, notified the "Implementation Plan for the "Three-fold and One Reform" Tackling Action for Bulk Coal Pollution Control in Heilongjiang Province (2020-2022)" (hereinafter referred to as the "Plan"), which proposed It is necessary to highlight key areas, key time periods, and key issues, promote the replacement of bulk coal, and implement “one city, one policy,” “one industry, one policy,” “one enterprise, one policy,” and “one industry, one policy” in accordance with the overall idea of “reducing coal, replacing coal, and cleaning coal”. The establishment of a long-term governance mechanism led by the government, implemented by enterprises, and social participation, through vigorously reducing the amount of loose coal, speeding up the demolition and elimination of coal-fired boilers, comprehensively improving ultra-low emission levels, and focusing on optimizing the heating structure. During the heating period from 2022 to 2023, the average PM2.5 concentration of Harbin and Suihua will not exceed 50 μg/m3, and the number of heavy pollution days will be reduced by 40% compared with the heating period of 2019-2020; Harbin and Suihua will reduce and replace coal respectively 195.86 million tons. Xu Jianguo pointed out that the implementation of the holistic and systemic view of Jinping’s ecological civilization thought is the fundamental logical starting point for making judgments and decision-making in pollution control. It is necessary to follow the systemic view of overall policy implementation and coordinate urban shanty towns, urban villages, urban-rural fringe areas, and merchants. , Rural areas "5 key points of bulk coal reduction", implement "layered" boiler dismantling and elimination, "progressive" pollutant emission reduction for large coal-burning households and power companies, and "combined" optimization of the heating structure. It is necessary to follow the methodology of scientific pollution control and target the accuracy of pollution control. Harbin City, Suihua City, Zhaozhou County, Zhaoyuan County, Xuexiang Tourist Attraction, and Yabuli Ski Resort shall be regarded as the “key areas” for the control of scattered coal pollution. , Regard the heating period as a “key time period”, and use sensitive areas around air quality monitoring points and the upwind direction of the city as more precise control units, and gradually explore the establishment of “three-dimensional monitoring of heaven and earth, precise source finding, big data analysis, targeted tracking, and expert team A four-in-one precision pollution control model based on evaluation, prediction, tracking and evaluation of intelligent control. It is necessary to follow a coordinated and integrated battle, highlighting the "reduction" of loose coal, the "dismantling" of boilers, the "cleanness" of emissions, and the "warmness" of winter.

Xu Jianguo emphasized that the clarion call for the tackling of the province’s scattered coal pollution control action has been officially sounded, and all localities must rely on their responsibilities to implement them. As the main body responsible for implementing the "plan" and improving air quality, local governments at all levels must clarify the division of responsibilities and develop Specific implementation plan, decomposition and refinement of tasks and measures, and timely resolution of outstanding problems affecting work progress. It is necessary to improve the mechanism and implement it, insist on exploring, practicing, and summarizing while managing environmental problems, and pay more attention to discovering and summarizing the experience and laws in the work, and raise it to the system and system level. It is necessary to coordinate the implementation, strengthen the coordination between administrative promotion and market operation, the coordination between the upper and the lower guidance, the overall arrangement and the coordination of step-by-step implementation, and the proportions of 30%, 50%, and 20% of the total tasks will be used for three years. Arrange annual work tasks and organize and implement them in a planned and step-by-step manner to ensure that the overall air quality improvement and bulk coal reduction targets are completed.

Xu Jianguo emphasized that the problem of loose coal pollution has always been a difficult problem in the control of air pollution in our province. The most distinctive feature is that historical problems and practical problems, individual problems and common problems are intertwined. It is necessary to focus on contradictions and implement them, take it as a normal state to go deep into the grassroots, the masses, and deepen the practice. We must carefully study and keep a close eye on some "old and difficult" issues, and prescribe the right remedy and have a target. This year is the first year of the three-year tackling action of the "three-fold and one reform" of loose coal pollution control. We must dare to take responsibility for implementation, make a good start, and carry forward the spirit of good planning, commanding, and hard work. "The hardest bone", always do not evade problems, do not turn in contradictions, do not shirk responsibilities, with the spirit of nailing nails, focus on tackling tough problems, comprehensive prevention and treatment, compact responsibilities, pay close attention to implementation, do hard and meticulous work, and promote air quality. New progress was made in the year and substantial improvement was achieved in three years. Next：Draw the "Normal Blue" of Port City, 173 days as of August 9th in Qinhuangdao, Hebei