Over the past 40 years of reform and opening up, my country's energy development achievements have attracted worldwide attention. At present, the country has entered a stage of high-quality development, and my country's energy is also facing historic transformation and innovation. Innovation starts with a change in thinking, and progress first comes from a change of concept. The following six aspects of energy concept innovation are driving China's energy transformation.

1. The proposal of "Energy Revolution" leads the new energy strategy 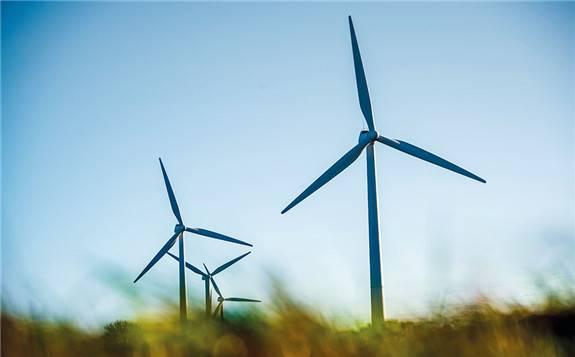 For a long time, the energy security we understand is the security of supply and demand, that is, the supply can not keep up with the demand, it is unsafe. This has led to a situation in which extensive supply meets the demand for excessive growth. With the deepening of the understanding of the economic development mode, we have more new thinking on the understanding of energy supply and demand security: energy demand also has unreasonable demand, such as various forms of energy waste, which abounds. Suppress unreasonable demand." At the same time, the supply side should also change the extensive supply to meet the demand with high-quality scientific supply. Therefore, the new energy supply and demand safety concept should be expressed as: "Scientific supply meets reasonable demand."

When it comes to the safety of energy supply and demand, people will first think of coal, oil, and gas. This is natural, and it is still a realistic problem. Especially in China, where oil and gas are highly dependent on foreign countries, the safety of their supply needs to be highly valued. problem. At present, my country's energy has entered a stage of diversified development, and it is necessary to do a good job in scientific mining and utilization of coal, stabilize oil and gas, strengthen exploration, increase reserves, and develop international cooperation. It is also necessary to coordinate and complement fossil energy and non-fossil energy.

It is worth emphasizing that renewable energy is energy that can be controlled by the country and is not affected by international geopolitical changes. As the proportion of non-fossil energy increases, it will play an important role in energy supply security and energy independence.

Energy security is not limited to supply and demand security.

In January 2013, four smog processes covered 30 provinces (autonomous regions and municipalities) in China. The deterioration of the atmospheric environment affected the basic living conditions of the people, and it has become an unbearable environmental problem. Atmospheric environmental pollution is directly related to the coal-based energy structure and extensive energy consumption.

Due to the strengthening of human activities, environmental capacity issues have been extended to climatic capacity, and the constraints of climate change on fossil energy activities have increased significantly. The world is facing not only a sharp increase in the intensity and scale of climate change caused by human activities, but also a significant shrinkage of the climate capacity space caused by climate warming.

At present, the climate capacity space in many regions of the world is becoming saturated, and some regions are also overloaded. The overall climate risk is increasing. After fully considering my country's development stage and actual capabilities, "China's National Independent Contribution" proposed that carbon emissions will peak around 2030 and strive to be realized as soon as possible. The realization of this goal is first and foremost the need for my country's own sustainable development.

The main reason for climate change is the emission of greenhouse gases from fossil energy combustion. In order to respond to climate change, China must conduct energy security management under carbon constraints. In 2018, my country's unit GDP CO2 emissions were reduced by 45.8% compared to 2005, and the 2020 target was reached ahead of schedule. The proportion of non-fossil energy consumption in my country has increased from 9.4% in 2010 to 14.3% in 2018.

Nevertheless, it must be noted that since 2006, my country has been the country that emits the most carbon dioxide in the world, and it still requires arduous efforts to save energy, reduce emissions, and change the energy bias of coal. What is important is that responding to climate change and promoting a low-carbon transformation of energy not only promotes the development of new energy, but also promotes a new type of economic growth and promotes a win-win situation between the economy and the environment. In traditional concepts, energy resources refer to coal, oil, gas, and water. In 2007, the Chinese Academy of Engineering carried out research on China's renewable energy. At the time, the energy industry recognized hydropower, but the general recognition of non-aqueous renewable energy was "insignificant." After research, the Chinese Academy of Engineering proposed in 2009 that "important" will replace "insignificant", and that non-fossil energy can give us a future.

Due to the limitation of understanding the endowment of energy resources, some regions with heavy energy load have long considered themselves "heavy load and lack of resources", but have not realized that there are abundant renewable energy resources around them that can be developed, forming an external Reliance on incoming calls and foreign coal. This is a practical issue affecting energy policies and energy strategies.

Re-recognizing my country's energy resource endowment is an essential factor in correctly understanding its national conditions. It has directional and strategic significance for ensuring long-term energy security of the country and guiding energy transformation.

The process of low-carbon energy in the world has further accelerated, and natural gas (including unconventional natural gas) and non-fossil energy have become the main directions of world energy growth.

The Nineteenth National Congress of the Communist Party of China proposed that my country's development was unbalanced and insufficient. The eastern part of China is a large energy-consuming household, and the western part is a large-capacity household. Improving consumption capacity through economic development in the west and the ability to increase production capacity in the east can alleviate uneven and inadequate development. The eastern region can combine the energy from "far away (such as power transmission from west to east)" with the energy from "nearby", attaching great importance to the development and mobilization of energy around.

In terms of economy, the research team of Tianjin University and North China Electric Power University calculated that the self-generated electricity in the east is cheaper than the cost per kilowatt of electricity sent and delivered in the west. Taking into account biomass energy, geothermal, hydropower, nuclear power and natural gas, a high proportion of energy self-sufficiency in the east is entirely possible. Considering the relatively advanced energy storage, energy-saving technology and information technology in the east, coal power provides peak shaving with flexibility in reforming while providing electricity. It is not only necessary, but also possible to transform energy “consumers” into energy “consumers” in eastern my country.

5. the combination of centralized and distributed will change the mode of the energy system

In the past, I was used to the concept of centralized. In recent years, the development of distributed energy sources such as photovoltaics, natural gas, wind power, biomass energy, and geothermal energy has become an important part of my country's response to climate change and energy security. The importance of distribution has been increasingly valued by people.

Distributed energy is an important direction of energy development. The technological progress and application promotion of distributed energy will greatly change the traditional energy production and consumption methods and consumption patterns. This is not only a major change in energy and electricity, but also contributes to the integration of urban and rural energy transformation. Low-carbon energy networks (solar, wind, biomass, geothermal, natural gas), whether rural or urban, can be interacted by centralized large power grids and decentralized microgrids.

The micro-grid can manage the scattered small-capacity and energy storage of self-generated power through big data and other informatization methods. The concept of virtual power plant (VPP) came into being. In the future, a series of low-carbon energy network concepts will be combined with large power grids and large energy bases. The distributed power generation and active load in the distribution network will show rapid growth, and more power users will be transformed from a single consumer to a consumer. Energy-producing consumers, that is, producers (Prosumers), which combine electricity with the people, can cultivate large-scale consumers.

Producers and consumers rely on the Internet and modern information and communication technologies to aggregate distributed power, energy storage, loads, and other resources scattered in the power grid, perform coordinated operation control and market transactions, and provide auxiliary services to the power grid. In addition, the problems of garbage besieged cities and garbage besieged villages facing modernization and beautiful China can be solved through the utilization of solid waste. Garbage and solid waste are used as energy sources through distributed utilization, such as composting, biogas, incineration power generation, etc., and become one of the renewable energy sources. If my country has a high proportion of producers and consumers, China's energy situation will undergo revolutionary changes. 6. The combination of energy and information technology changes the energy format

In recent years, mobile Internet, big data, cloud computing, Internet of Things and other digital information technologies have developed rapidly. The global economic society is forming a new development prospect. As a new format, the digital economy is becoming a new driving force for economic and social development. Countries and enterprises around the world One after another started digital transformation.

Under this tide, digital technologies such as the "big cloud move" are increasingly integrated into the energy industry, reshaping the energy format. The combination of energy, power, and Internet technologies forms the Energy Internet of Things (IoT), which realizes horizontal multi-energy complementation and electric-heat collaboration, and vertical source, network, charge, storage, and use coordination and optimization. It has comprehensive interconnection, comprehensive perception, comprehensive intelligence, and comprehensive New energy ecosystem with coordinated features (smart energy).

Artificial intelligence and AI technology are also combining. This combination is a multi-energy energy service industry, which is characterized by improved energy efficiency and high-quality personalized services. To become an energy industry + energy service industry, the energy industry not only provides energy, but also services, and the function of services will become stronger and stronger. This is the supply-side energy revolution driven by the demand side.